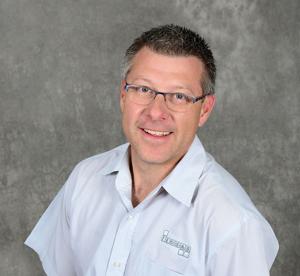 FEDSAS’ new CEO, Dr Jaco Deacon is an internationally recognised expert in die field of education law. Deacon is taking over as CEO this week (1 November 2021) following the retirement of Mr Paul Colditz after 14 years as CEO.

“Jaco has been with FEDSAS for more than a decade and has helped to build FEDSAS into the influential organisation that it is today. For any organisation this is the ideal scenario for succession planning,” says Dr Shaun Mellors, Chairperson of the National Council of FEDSAS.

Mellors says Deacon’s status as an education leader, locally as well as internationally, means that FEDSAS can continue to build on the strong relationships that the organisation has with other education role-players. “In Jaco, we have a dynamic leader with the vision to take this established and respected organisation into the future.”

Deacon says it is a privilege to take over at the helm of a ship that is already going ahead at full steam. “Probably the most important legacy of Paul Colditz is that everyone at FEDSAS knows exactly why we are doing what we do. Technical skills can be acquired but a team can only move forward when decisions are made and actions executed with the right motivation.”

Technically and professionally Deacon is however already exceptionally well-qualified for the position. His training as a lawyer started under the guidance of Colditz where he worked in education law as a candidate lawyer. He completed a doctorate in labour law while working as a senior lecturer in the Law Faculty at the University of the Free State.

“During his time in academia, Jaco continued to practise as a lawyer and is still involved with the Centre for Labour Law. By giving back in terms of skills and his involvement in research, Jaco remains at the cutting edge of the latest developments in his role at FEDSAS,” says Mellors. In this regard, Deacon is editor of the authoritative legal resource Juta Education Law and Policy Handbook and he is also actively involved with postgraduate students at several universities. He has an impressive publication record with numerous research articles published in recognised academic journals and as author and editor, he is also involved with several books on aspects related to education law and school governance.

Mellors says over the years FEDSAS has already benefited from Deacon’s own expertise as well as the exposure that the organisation receives through his international network of contacts. “The National Council of FEDSAS, together with the rest of the organisation and the broader education committee are looking forward to this journey with Jaco.”

Deacon says for both him and the rest of the FEDSAS team education is their passion. “FEDSAS is an amazing work environment, but for all of us, it is more than just a job. It is a privilege to be able to make a difference every day. And as CEO this will be my most important duty – to make a difference within and outside of FEDSAS.”