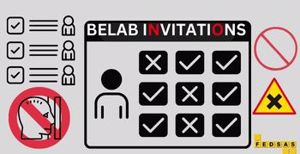 Only three provincial education departments managed to make the first payment of the so-called Norms and Standards payments to public schools before the 15 May deadline. Provincial education departments have to pay this money to public schools twice a year – on 15 May and 15 November. Schools use the money for operational needs such as municipal accounts, maintenance, stationary, and learning material.

“Quintile one to three schools, with no other income, depend fully on this money to pay for all school expenses. If the money is not paid over, these schools are literally without water and electricity and cannot provide even the most basic stationery to learners,” says Dr. Jaco Deacon, CEO of FEDSAS (the Federation of Governing Bodies of South African Schools).

Deacon says only the education departments in the Western Cape, Gauteng and North-West paid on time. The Northern Cape paid over a percentage of the money, with the rest to follow in two weeks’ time. The Free State and Limpopo made partial payments. According to the education department in Mpumalanga, the money in this province will only be available towards the end of the month. In KwaZulu-Natal, there were delays with documentation and there is no indication of when the payments will be made. The Eastern Cape has made no payments.

“Every year the Norms and Standards payments are delayed or not paid over at all, with the same provincial education departments defaulting time and again. This places enormous pressure on schools because quality education cannot take place in a school without water or electricity, stationery or even toilet paper. The National Department, provincial legislatures and Education MECs are also not executing their oversight role in this regard,” says Deacon.

Deacon says FEDSAS is very concerned about the ability of provincial education departments to manage their province’s administration to the benefit of schools. “This money is paid by the National Treasury to provincial education departments for distribution to schools. The money may not be used for any other purpose, which makes it difficult to understand why the money cannot by paid to schools on time.”

It is ironic that the Basic Education Laws Amendment Bill, published for public comment earlier this week, actually proposes more power to education departments while they are not even able to execute their current basic duties.

FEDSAS is calling on the Minister of Basic Education to intervene so that learners are placed first. “Education in South Africa has enough problems without available money not being administered properly.”