It was only a speech ... and that should concern us by Dr Jaco Deacon 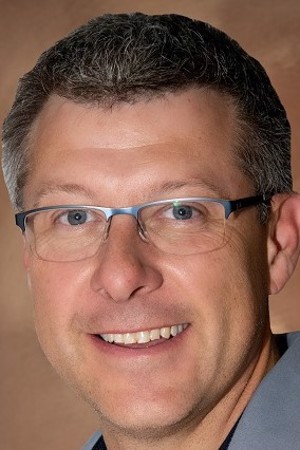 Yes, there is a worldwide pandemic. Yes, a national disaster has been announced. But should this infringe on our constitutional rights? Dr Jaco Deacon, Deputy CEO of the Federation of Governing Bodies of South African Schools (FEDSAS), says ordinary South Africans should realise that our democracy is skating on thin ice when the country is governed through speeches. The jokes on social media quickly disappeared the moment the reality of President Cyril Ramaphosa’s speech on Thursday evening dawn on us: Public schools will be closed for another four weeks. This means that a Grade 1 learner who has to learn to read, write and do sums this year has had only nine weeks of teaching in 2020. That is a total of 45 days, which include the first day of school and the first athletics meeting! This should concern us. We should also be concerned about the fact that there are still schools that haven’t opened at all since 18 March, as well as schools with insufficient personal protective equipment, sanitation supplies or even running water. We should be grateful for a court order that forces the State to continue to provide a daily meal at schools for 9.4 million children. And yes, we have to admit that there are schools, teachers and children (read: parents as well) that have been doing distance education for more than 15 weeks. They do deserve a break and two weeks would have been ample. We should be concerned when politicians degrade public schools to state schools (there are no state schools in South Africa) and in doing so take away communities’ right to decide about what would be best for each child in the context of the school and community.  We should be concerned that five labour unions, representing some 330 000 members between them, have managed to convince the government to turn its back on the country’s more than 12 million school children. The Constitution stipulates that a child’s best interest should be the determining factor in any issue that concerns the child. Science and reality scream against the decisions to close schools again. The rationality and reasonability of the decision remain unclear from the one and a half pages about education in the speech of seven pages. But that is what it was: It was only a speech. South Africa is still under the stipulations of the Disaster Management Act and the regulations announced by the Minister of Cooperative Governance and Traditional Affairs. These regulations provide for the Minister of Basic Education to announce directives for the education sector. An initial set of directives was in fact announced and amended and an amended school calendar was published in accordance with legislation. However, none of the President’s recent drastic announcements – like closing schools for a month, determining new dates or providing clarity about the academic year – are backed by any legislation. It was simply a speech. Yet this resulted in 23 076 public schools scrambling to adhere to the President’s regulations. It is reminiscent of a time when a certain finger-wagging state president also governed the country from the podium. In 1994 South Africa walked away from that system and we now live under a democratic dispensation where the rule of law is acknowledged and should be respected. The Constitution forms the basis of this system and the Constitutional Court is a beacon that guides us, as is clear from the Constitutional Court’s ruling in Fedsure Life Assurance Ltd v Greater Johannesburg Transitional Metropolitan Council, where the Court made the following comment about legality: “It seems central to the conception of our constitutional order that the Legislature and Executive in every sphere are constrained by the principle that they may exercise no power and perform no function beyond that conferred upon them by law.” Naturally the State has the authority to announce such act or regulation, but then it should actually happen. No new regulations or directives for schools were announced, no amended school calendar was published in the Government Gazette, and there were no instructions from employers (the education heads of the nine provincial education departments) to employees. Yet everyone scrambles to adhere to a speech… What happened to the Constitution and the rule of law? Where are the regulations and directives as a legal base for action? The British politician Edmund Burke said, “The only thing necessary for the triumph of evil is for good men to do nothing.” Ordinary citizens should not remain silent … Our society is skating on thin ice and it is threatening our deepest constitutional being, our democracy and our freedom. * Dr Jaco Deacon is Deputy CEO of the Federation of Governing Bodies of South African Schools, author of School governance: Common issues and how to deal with them, Human Resources Management in Public Schools, Case Law Handbook on Education and editor of the Juta Education Law and Policy Handbook.