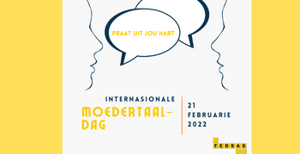 It should be an embarrassment to the President and the Minister of Basic Education that the Limpopo Education Department is managing their part of the Presidential Youth Employment Initiative so poorly that officials are now forcing school principals to break the law.

The Limpopo Education Department instructed principals in this province to use their school’s funds to pay thousands of temporary young people in the PYEI. However, the Department is the employer and not the schools.

“The Schools’ Act does not allow schools to extend loans. Yet this is exactly what government officials are now expecting from schools. Schools are not banks and as it stands most schools do not have enough money to pay even basic expenses such as water, electricity, and textbooks, which is what the state subsidy is meant for,” says Dr. Jaco Deacon, CEO of the Federation of Governing Bodies of South African Schools (FEDSAS).

In September this year, FEDSAS sent a letter to the National Department of Basic Education with detailed suggestions to manage this project. “The implementation framework contains numerous legal discrepancies and mistakes, which can result in many potential issues in terms of labour legislation. Yet neither the National Department nor the Limpopo Education Department properly responded to our letter,” says Deacon.

Deacon says public schools are separate legal entities and the Schools’ Act empowers governing bodies to make certain payments. The SGB may not authorise any other payments, especially if these payments were not budgeted for. “The checks and balances and underlying principles of good governance that are provided for in the Schools’ Act are there to prevent exactly this type of irregularities. Government officials, who have the responsibility to see to it that the stipulations of the Schools’ Act are adhered to, are now directly instructing principals not to adhere to the law.”

The PYEI is the Basic Education Employment Initiative (BEEI), which forms part of President Cyril Ramaphosa’s presidential employment stimulus programme. However, the BEEI has been managed poorly from the start, with problems from phase 1 a year ago still persisting.

FEDSAS is expressing the hope that President Ramaphosa and Minister Angie Motshekga take notice of these developments, and act accordingly. “FEDSAS wants to believe that this project is focused on job creation and poverty alleviation. But the elections have come and gone, and it is now time for politicians to deliver, within the framework of the law, on their promises.”